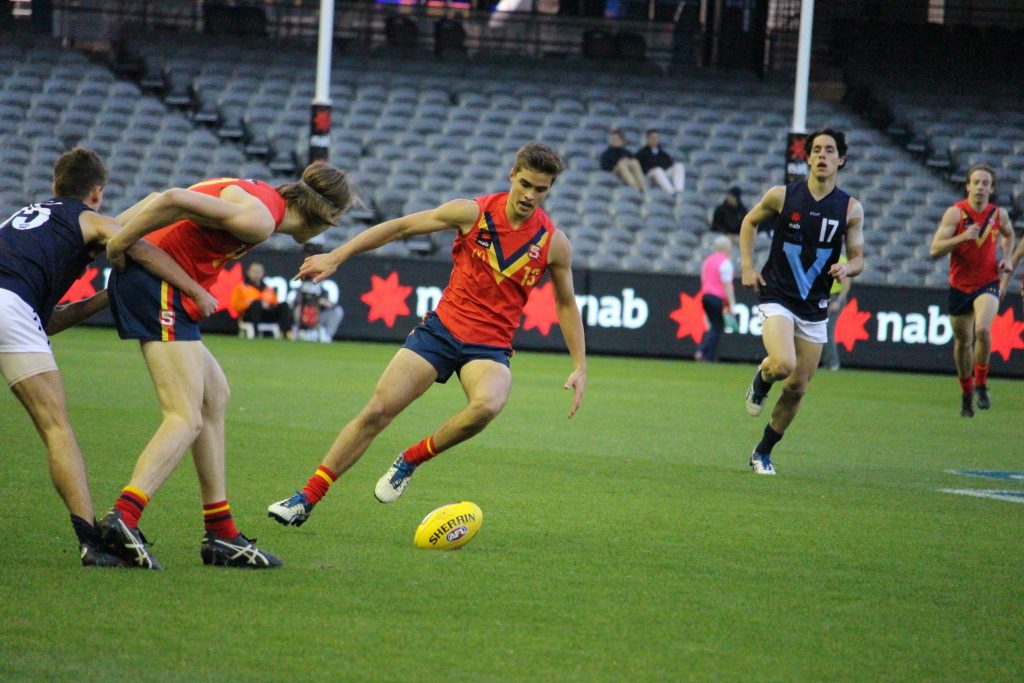 THE draft dream is not over to the 2017 state combine nominees after the AFL today released the list of 96 players from around the country nominated by AFL clubs to attend the 2017 State Combine.

Victoria, South Australia and Western Australia will each run individual tests, with clubs sent the data to analyse before November’s draft. Recruiters will also get a chance to cast their eyes over a further 23 footballers at the ‘Rookie Me Combine,’ created due to number restrictions at Etihad Stadium. The Victorian State Combine will be held on Friday October 6th at Etihad Stadium, with the ‘Rookie Me Combine’ to run on Sunday October 8th at a venue yet to be decided.

Similar to the process for the national combine, each club nominated up to fifty players to nominate that they wanted to see test. To receive an invite to the AFL State Combine, players must receive at least three expressions of interest from AFL clubs, with players receiving 1-2 taking part in the Rookie Me Combine.

Possible Adelaide father-son Jackson Edwards headlines the list of nominees. The South Australia midfielder averaged 24 disposals and four marks throughout the NAB AFL Under 18 Championships and is one of 21 South Australian’s that will test in the state based combine.

Victorian Under 19 cricketer Ed Newman was Australia’s 13th man at the MCG on Boxing Day is one of the 11 Sandringham Dragons on the list. Newman has been a standout for Mentone Grammar in the AGSV School Football competition and made his Dragons debut on Sunday.

Former Melbourne player Dom Barry is on the verge of another AFL berth, scoring an invite to South Australia’s State Combine after being a strong performer for Glenelg this year.

The state leagues around the country have been well represented with a number of players invited to test out. The VFL has 10 players nominated to attend with Essendon VFL’s Alex Boyse looming as their best prospect. Boyse has booted 26 goals this season and the 191cm forward is one of four players nominated from Essendon’s VFL team.