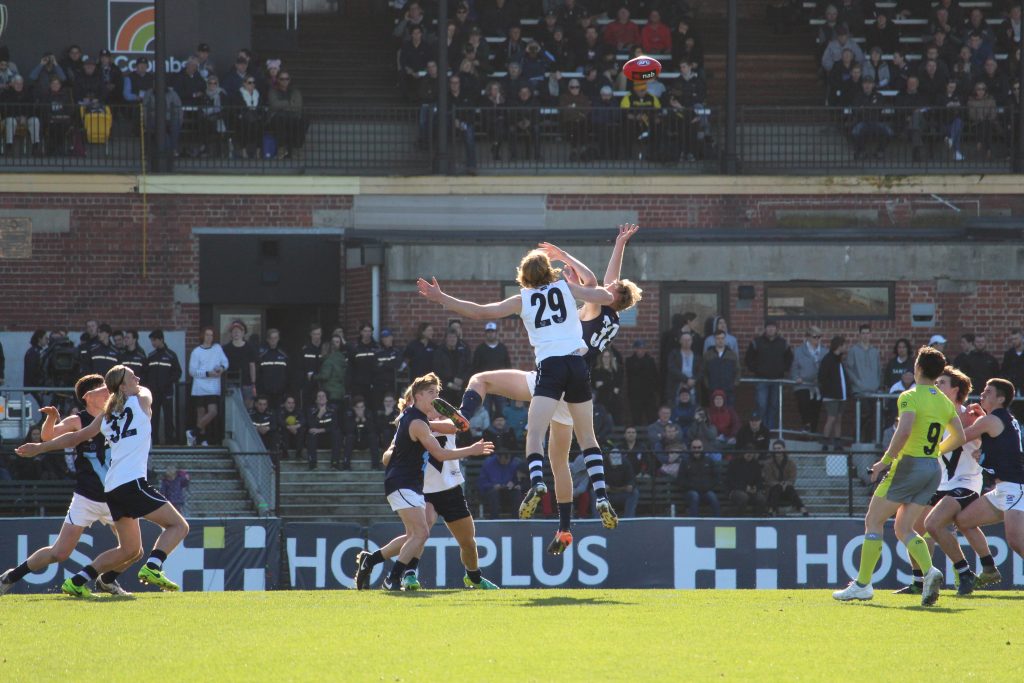 ROUND FOUR of the NAB AFL U18 Championships continues on Friday, with teams converging on Etihad Stadium. All five squads have been reduced to 25 players for the final two rounds, with all games to be streamed live on Fox Footy. Vic Country will clash with Western Australia at 2.10pm on Friday, with Vic Metro playing South Australia at 4.40pm – with a win all but assuring them of back-to-back titles. The Under 18 Championships will conclude on Wednesday at Simonds Stadium.