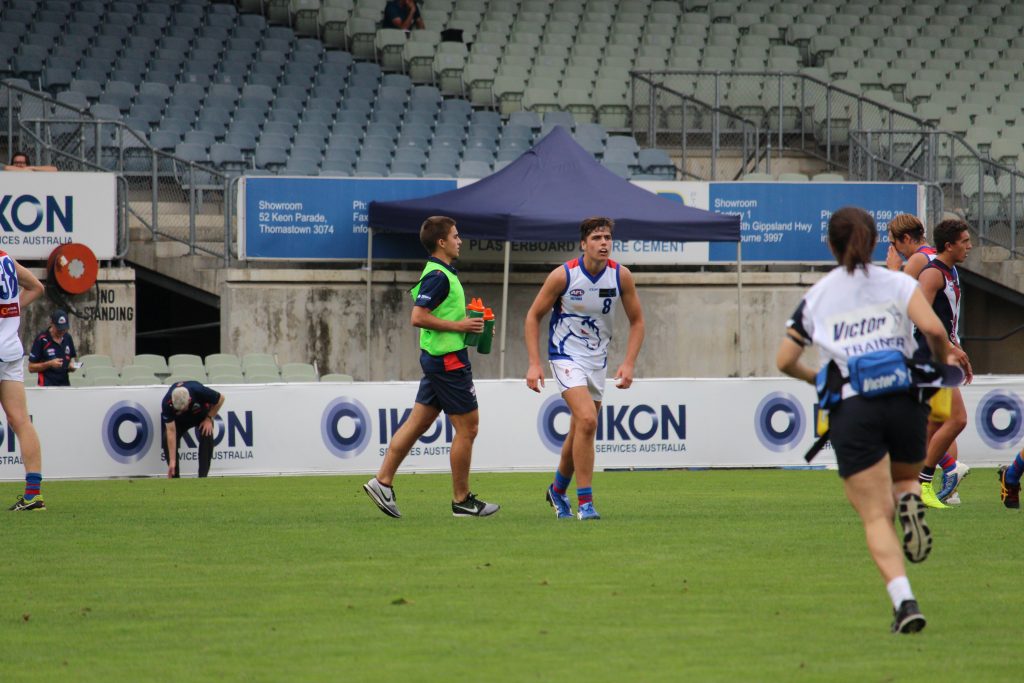 KEY Forward Toby Wooller was one of the Oakleigh Chargers’ best players in their 101-point thrashing of the Gippsland Power, earning him AFL Draft Central’s TAC Cup Player of the Round.

After being rotated out of the Vic Metro team on the weekend, Wooller found 25 disposals, recorded five hitouts and two clearances working hard around the ground for the Chargers.

Wooller’s second half was superb – with 16 of his disposals coming after half time putting the foot down to ensure the Chargers would record an impressive victory. Inside 50 the ball continued to find his strong hands and he was efficient by foot – finding the best option whenever he could. Wooller finished with 5.3 and three score assists – in what could’ve been a bigger day if he had’ve kicked straight. His smother in the final minutes showed he was willing to fight hard until the final siren. The 193cm forward can play as a marking option inside 50 or push up the ground through the midfield.

Wooller had 12 disposals, seven inside 50s and six marks in Vic Metro’s opening win for the NAB AFL Under 18 Championships against Western Australia, and will be hoping to put his name up in front of recruiters in their final two games at Etihad Stadium (Friday) and Simonds Stadium (Wednesday week).

He becomes the first Oakleigh Chargers player to win the award.