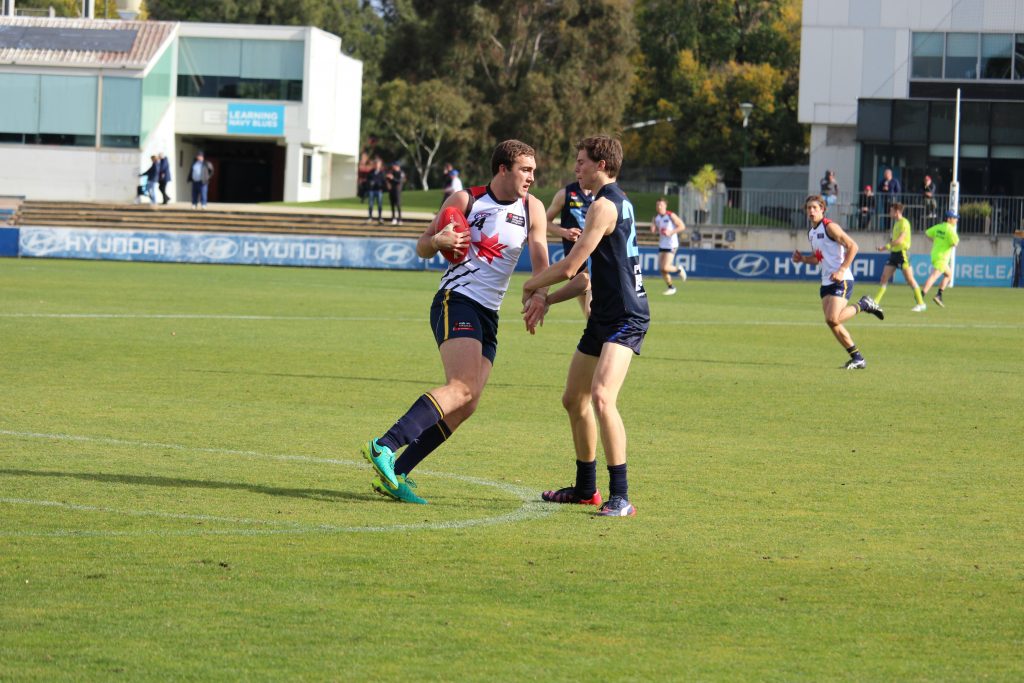 WESTERN AUSTRALIA have bounced back from last weekend’s loss to Vic Metro with a 40-point victory over the Allies at Leederville Oval on Sunday.

WA led at all the main breaks, giving them their second win of the Under 18 Championships carnival to propel them to second on the ladder.

Midfielder Callan England was impressive on the outside with a game-high 26 disposals, showing off his good run & carry skills.

East Perth’s Jaxon Cahill had one of his best games in state colours, finding 23 disposals, seven marks and six inside 50s, providing good rebound across half back.

Oscar Allen again showed glimpses as to why he is rated as Western Australia’s best draft prospect, booting two goals from his 19 disposals.

The 191cm tall forward is athletic and covered the ground well clunking eight marks and was able to push through an ankle issue in the opening term. The WA Co-Captain is likely leading their MVP for the carnival.

Midfielders Brayden Ainsworth (23 disposals) and Jake Patmore (20 disposals) were others to standout in front of clubs in the pristine conditions.

For the Allies, Brisbane Lions academy member Connor Ballenden showed signs of a breakout performance playing in defence, leading the disposal count for the Allies at quarter time with 11.

Ballenden finished with 20 disposals and clunked eight marks, spending more time in defence than he has so far in his draft year.

Ruckman Brayden Crossley was dominating in the ruck with 29 hit-outs, 15 disposals and was able to push forward and boot two goals, named as the Allies’ best player.

NT Thunder 20-year-old Adam Sambono was lively with 15 disposals, booting 1.3 showing flashes of his speed in the contest.

Late addition to the Allies squad Connor Nutting had some good touches and will be hoping to have put his hand up for selection in their final game against Vic Metro.

GWS Academy midfielder Jack Powell was also prominent with 21 disposals and six clearances through the midfield.

Both sides will travel to Victoria for the final two rounds, with the Allies having the bye on Friday, before facing Vic Metro on Wednesday week at Simonds Stadium. Western Australia will face off against Vic Country on Friday at Etihad Stadium before finishing the carnival with a bye.