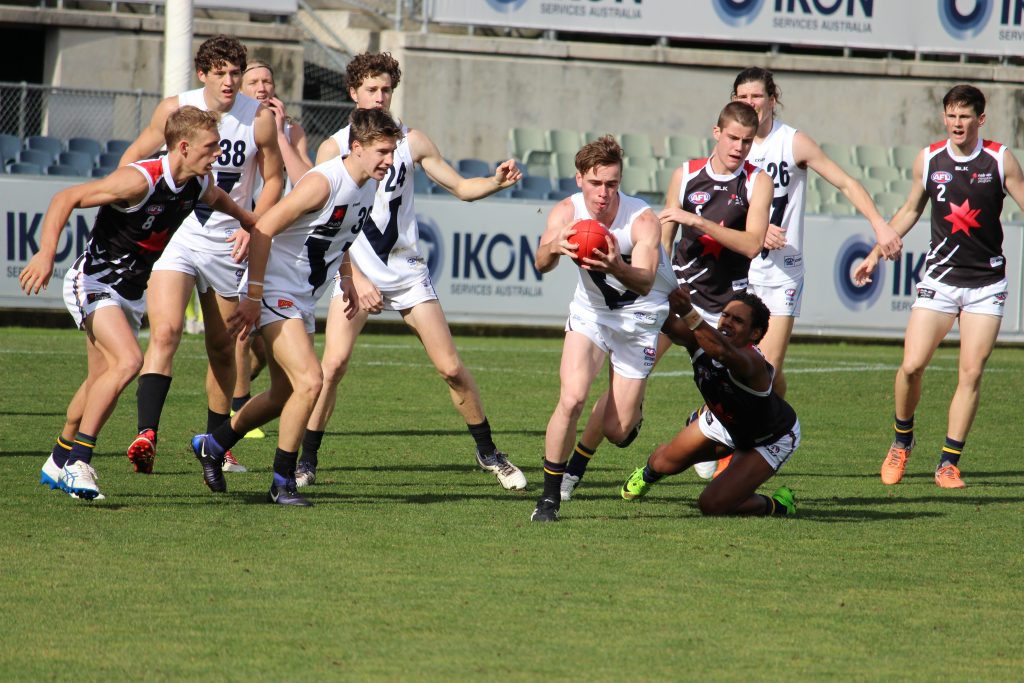 ROUND THREE of the NAB AFL U18 Championships continue on Saturday, with Vic Metro hosting Vic Country in a local-derby at Punt Road Oval. The game will be streamed live on afl.com.au & we’ll also be live from Punt Road to give you the best analysis of the game on Facebook and Twitter. Western Australia will have their third consecutive home game, playing the Allies at Leederville Oval on Sunday. The game is NOT live streamed but we will have constant updates on Twitter and Facebook.

** – Note: Jarrod Osborne will wear #9 not #43 as listed. Gold Coast Suns Academy member Connor Nutting has been added to the squad and will wear #15.