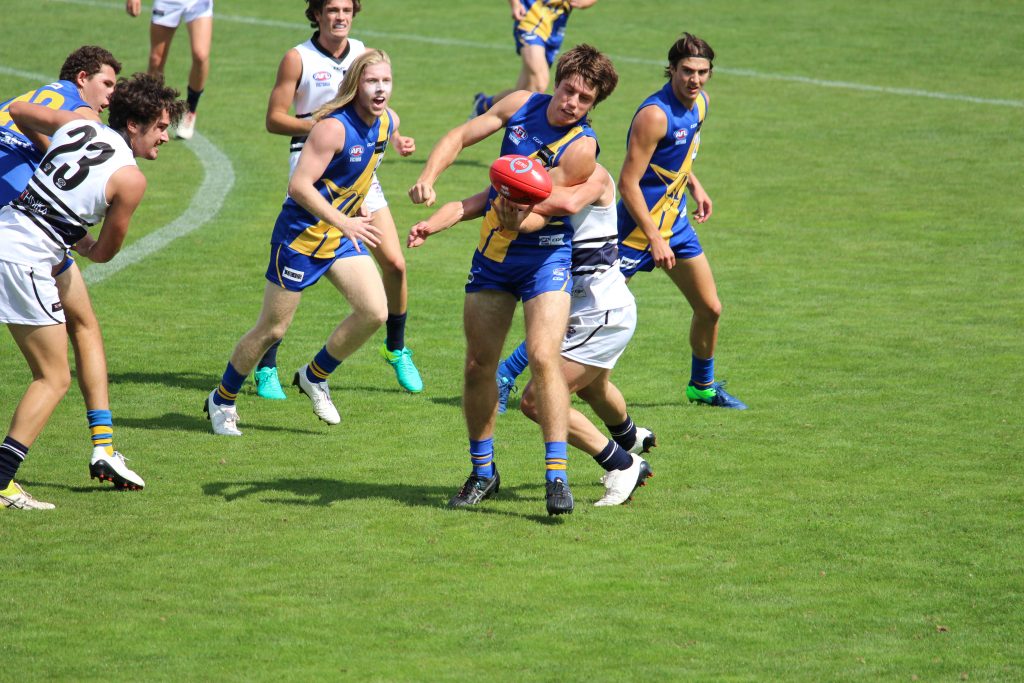 STRONG inside midfielder Xavier O’Halloran was one of the Western Jets’ best players in their 33-point win over Eastern Ranges, earning him AFL Draft Central’s TAC Cup Player of the Round.

O’Halloran collected 28 disposals (78 per cent efficiency), of which 15 were contested – Laid a round high 12 tackles, had eight clearances, six inside 50s and was involved in three score assists. O’Halloran’s performance will no doubt have him as a contender for votes in the Morrish Medal count for the clash, also receiving five free kicks on the day.

His work in the contest was superb after quarter time, with the clearance machine possessing a long right foot kick to take the ball forward. When he was tackled, he lifts his arms up high and was able to get them free to dish a handball off to teammates around him. He laid some bone crunching tackles and his eight disposals in the second term got him going to help the Jets take control.

The bottom-ager has been a solid performer for the Jets this season averaging 18 disposals (10 contested) and has booted four goals, stepping up while likely top 20 draftees Cameron Rayner and Lachlan Fogarty have been on school football duties.

He becomes the second Western Jets player behind Lachlan Fogarty in round two to win the award.