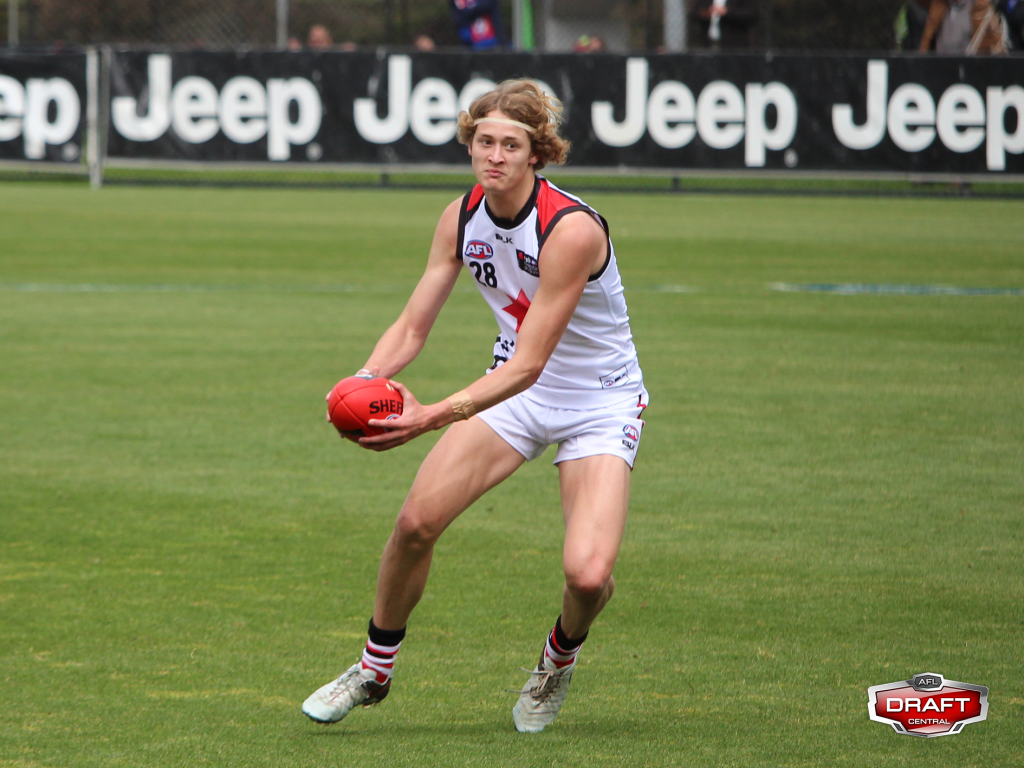 Round nine of the SANFL was completed over the weekend, with 2017 South Australia draft talent on show at multiple levels. The state Under 18 South Australian team went down by a point to Western Australia in the opening game of the NAB AFL Under 18 Championships. We take a look at the top performers across the SANFL grades and look at those who pushed their case for state selection.

Reserves:
Ed Allan (Sturt) was promoted to the reserves after a number of prolific U18 performances. He ended his day with 22 disposals in their loss to Central Districts. Adam Trenorden also had 14 disposals and two goals for Sturt, while South Australia U18 emergency Brandon Zerk-Thatcher had 13 disposals. In South Adelaide’s 65-point win over the Woodville-West Torrens, Henry Bruce had 21 disposals including a goal and laid eight tackles, with Liam Fitt also having a solid game collecting 14 disposals and booting two goals. For the Eagles, Cooper Gaffney led the possessions count with 24, and Isaac Moller kicked two goals. It was a quiet day for Jake Weidemann who unfortunately broke his arm, with his day ending early with just four disposals.

U18s:
South Australia U18 squad member Cole Gerloff (Norwood) returned from school football with a season high 174 dreamteam points with 44 disposals including 12 marks in their seven-point loss to Centrals. On the opposing side, Ryan Falkenberg was effective with 16 disposals, 10 marks and three goals putting his hand up for state selection. Teammate Harrison Elbrow was best with 26 disposals and a match high 14 tackles. In Sturt’s three-point win over West Adelaide, bottom ager Tom Lewis was among the best with 26 disposals and 11 tackles. Josh Smithson was dangerous for West Adelaide, with 28 disposals and a goal. It was a pretty even spread in North Adelaide’s 42-point win over Glenelg. With North ruckman Ben Oborn dominating the hit outs, to go with his 15 disposals and two goals. Hugo Barry playing at centre half back was also amongst the best with excellent rebounding on display, finishing with 16 disposals. For the Tigers, Seb Kerrish led the stats sheet with 20 disposals, nine tackles and six marks. Luke Bogle (South Adelaide) backed up last weeks MVP with another big game, collecting 31 disposals and laying 13 tackles in his teams win over the Eagles. Nathan Kreuger also chipped in kicking 3.4, finishing with 15 disposals. For the Eagles underager Kai Pudney was in the bests with 35 disposals for the day. The MVP for the round was Souths Cameron McGree who had a whopping 39 hit outs, collected 24 disposals, had nine marks, seven clearances and kicked two goals.

School Footy:
No games due to long weekend