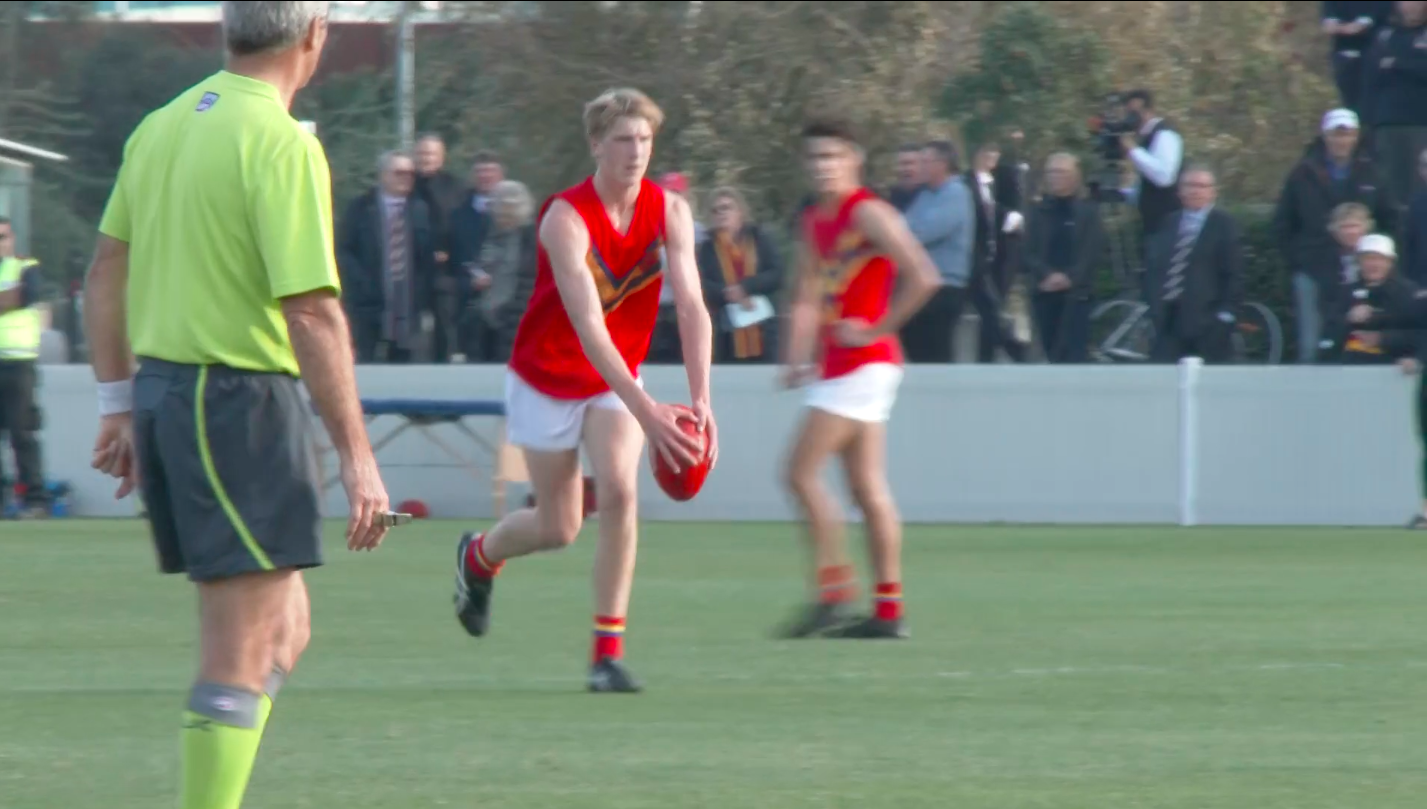 DUAL-SPORTS athlete Will Sutherland headlines a strong Vic Metro U18 squad hunting for back-to-back titles at next month’s NAB AFL Under 18 Championships.

The Australian Under 19 cricket captain has trained with Metro on a handful of occasions and will be fast-tracked into the squad without playing TAC Cup football.

With nearly a dozen clubs watching on at Scotch College on Saturday, Sutherland clunked nine marks (five contested) and booted three goals in a strong first half performance. A number of scouts believe Sutherland is a potential top-five prospect at November’s NAB AFL Draft.

The Metro squad is chock full of tall timber including Eastern Ranges’ 2016 All-Australian Sam Hayes who will hold down the number one ruck spot whilst spending time deep up forward. Calder Cannons athletic tall Noah Balta was impressive as a key defender in Sunday’s Metro trial and is expected to play as a tall defender in the Championships.

Sandringham Dragons bottom-age twins Max and Ben King will be two names to keep an eye on and the pair should excite as key posts at either ends of the ground.

Adam Cerra (Eastern Ranges) may be the first midfielder picked in the draft and will do the bulk of the work load through the midfield alongside Joel Garner. Teammate Jaidyn Stephenson has shown off his exceptional overhead marking this season and will be a tough match up for opposition defenders.

Western Jets dynamic duo Lachlan Fogarty and Cameron Rayner are two first round prospects that will run out for Metro, likely to spend time at the centre bounces and up forward.

Jack Higgins might be an early favourite for the Vic Metro MVP and could contend for the Larke Medal for the best player in Division One, able to play in the midfield and up forward using his good goal sense.

Jack Petruccelle’s elite speed should catch the eye and strong performances in the championships will continue to push his name up the rankings.

The squad will be coached by Martin Allison, who is taking over the reigns from David Flood. Allison is the new AFL Victoria Metro Talent Pathways Manager and previously coached the Vic Metro Academy back in 2013.

Vic Metro have the bye in the opening round of the Under 18 Championships, before travelling to Western Australia for their first game at Domain Stadium on Sunday 18th June.

Northern Knights pair Marcus Lentini and Alex Federico have been named as emergencies.