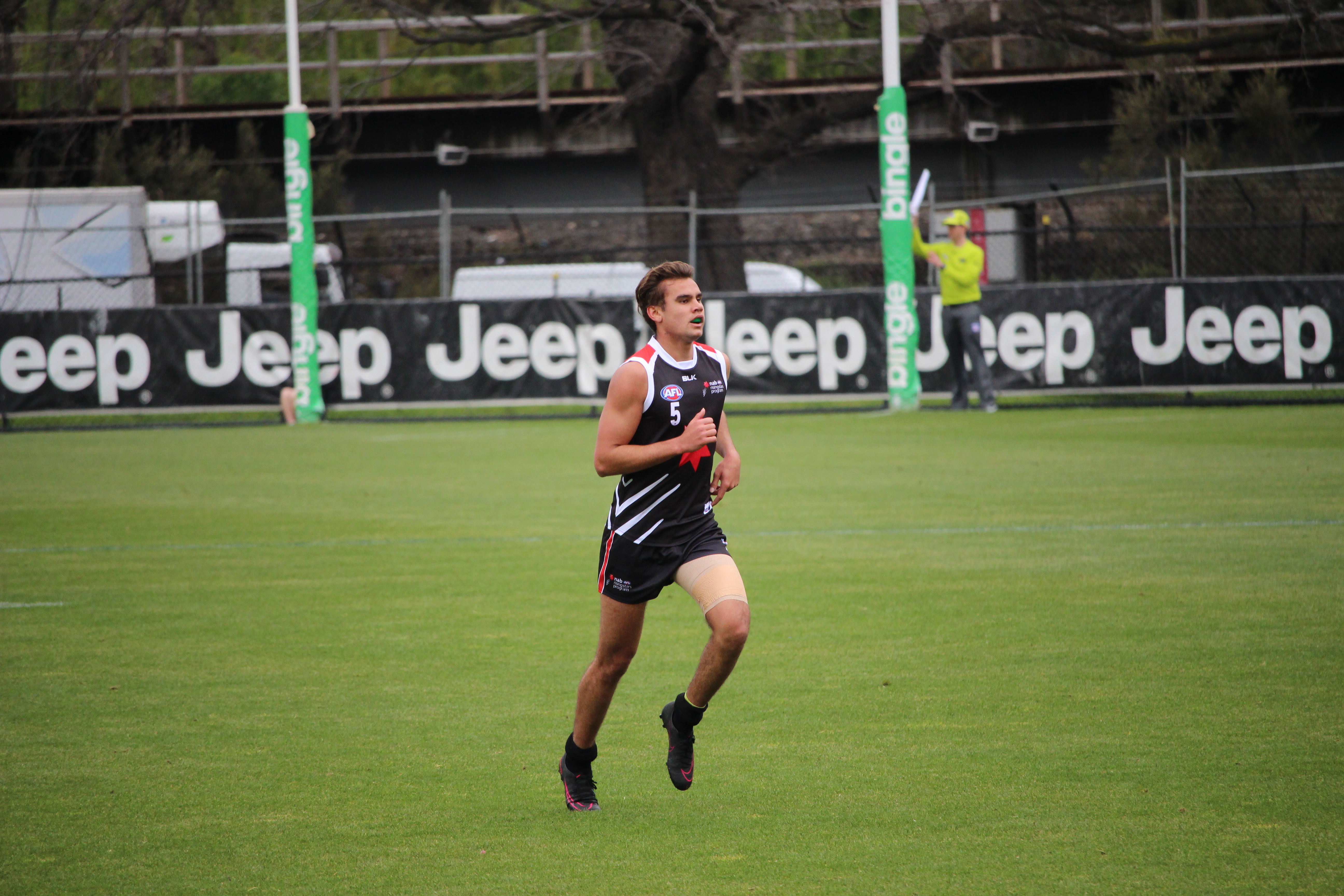 2017 seems to be a thin year for draftees coming out of Western Australia. After 10 players were selected last year – including four in the top 20, you wouldn’t look silly to suggest there may be just four prospects closely monitored by AFL clubs from WA at this stage.

Recommendations on how WAFL talent will be managed next year have been handed down with the West Australian Football Commission (WAFC) to manage the talent pathways and WAFL Colts competition, with a ‘player first’ focus to deliver improved outcomes whilst maintaining alignment to WAFL Clubs. Currently the WAFL Colts competition is far weaker than the equivalent competitions in South Australia (SANFL U18s) and Victoria (TAC Cup).

Here are four prospects from Western Australia to keep an eye on:

Athletic utility Oscar Allen was named in the WAFL Colts Team of the Year at centre half forward in 2016 and has shown good signs early in 2017. In the Falcons’ round three game, Allen slotted a set shot goal with a minute left on the clock to give them a narrow five-point victory. His versatility has been evident; with stints in the ruck, time in defence and playing as a tall up forward with six goals for the season. He also won the Round 6 RediMed Colts Young Gun award for his 25 disposals, 11 marks and five tackles game. His strong marking ability is something that catches the eye and he is a player to watch in the Under 18 Championships which begin in June.

Aaron Naughton played as a tall defender for Western Australia in two of the Under 18 Championships games last year. He marks well overhead and is a good reader of the play in the defensive half of the ground. In the Colts competition in 2016, his 20 contested marks from 13 matches had him ranked second in the competition and lead to him being selected as full back in the 2016 WAFL Colts Team of the Year. This season he is averaging 17 disposals and seven marks per marks per game, playing mostly in defence, with stints up forward. An area of improvement is his kicking which due to an awkward ball drop can affect his left foot kicking efficiency at times.

Jake Patmore provides an element of speed as one of two Western Australian’s that were part of the AFL Academy. Patmore possesses elite speed and looks best across half back or on the wing, where he can run off opponents. In his five Colts games for Claremont, he is averaging 27 disposals as a standout player in the start of the season. The right footer had eight disposals and two tackles in the NAB AFL Academy game against Northern Blues VFL team, using his good hands in close in the second half. An area of improvement is his defensive efforts – laying just eight tackles in five Colts games.

Another tall defender who has a chance of being drafted. Sam Taylor was a late addition to the NAB AFL Academy and showed some promise as a key post in the AFL Academy game against the Northern Blues VFL team. His Round 7 game in the WAFL Colts was impressive, with 25 disposals and 11 marks earning him a nomination for the RediMed Colts Young Gun for the round. His kicking on his right foot is one area that he’ll be looking to keep working on, but the tall has shown he can read the flight of the ball well in defence.

Of course every year players pop up with good Under 18 championship games and if some of Western Australia’s other top age talent play well during the carnival, they may find themselves on the radar of AFL clubs.