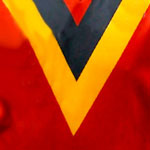 Round 5 for the SANFL continued and also saw the commencement of the Messenger Shield – the Div 1 Schools Competition 2017. There was plenty of South Australian draft talent on show at League, Reserves, U18 Level and School Footy level. We take a look at who the top performers were across the grades:

Mitch Crowden (Sturt) kicked two goals in his teams lost to Port Adelaide(carrying 20 AFL listed players) playing mainly off half forward, and kicked a nice running goal out of the clearance in the middle from the centre square. Alex Martini (Glenelg) and had the bye, meaning Darcy Fogarty also returned to School Footy for Rostrevor.

Norwood’s Lachie Pascoe led the disposals for both teams with 31 disposals, as well as seven marks. Stefan Giro was again in the mix with his 27 disposals, 10 marks and one goal. Both are pushing for a League spot. Corey Smith (Norwood) needs to keep improving his efficiency with his 17 disposals this week, to go with the 21 disposals last week. Andrew McPherson and his Woodville-West Torrens teammates had the bye along with Glenelg and West Adelaide.

In the Eagles 72 point win over Glenelg, Jake Weidemann collected 30 disposals and Cooper Gaffney had 29 disposals and eight tackles, with the pair amongst the best. Underager Jack Lukosius kicked 4 goals. For Glenelg, Jackson Edwards (26 disposals, one goal) and Brad McCarthy (24 disposals) were solid. Coming back from the reserves, Isaac Hewson (Norwood) accumulated 39 disposals including eight marks and seven tackles, but his kicking efficiency was down. James Siviour dominated in the ruck for Norwood with 32 hit outs, as well as 26 disposals, seven marks and a goal. Jordan Houlahan was best on ground in Sturt’s 29-point win over West Adelaide, with 28 disposals, seven marks, eight tackels and a goal to show a good return to form. For West, Josh Smithson was best with 23 disposals (14 contested), eight tackles and nine inside 50s.

In the rematch of the 2016 State Championship final, Prince Alfred College (10.17-77) defeated Sacred Heart (9.6-60) at Brighton on Saturday to turn the result from last August, in a hard fought game. Five South Australian Under 18 squad members were on display. For PAC, Hugo Barry was impressive at full forward with four goals and was a key target up forward. When not marking it, he was bringing it down in front. PAC Captain Cole Gerloff lead from the front in a best on ground performance (to back up his recent games for Norwood) through the midfield. Lochie Charlton playing on the wing was good until he was hurt in the second half and did not return. For Sacred Heart 195cm tall Charlie Ballard was best, playing in the ruck as well as roaming across half back, taking many intercept marks. Hearts captain Jimmy Rowe was again tough in and around the packs. Saint Peters defeated Immanuel College by six goals. Sam Davis for Immanuel was starved of opportunities up forward by some ineffective kicking inside 50 from teammates. Rostrevor (containing U18 State Squad members Darcy Fogarty, Harry Petty, Cam Ball and Luke Valente) demolished Pembroke by 22 goals in a game not for the Messenger Shield.